“You’re going to love this,” our host, Richard, told us as we wheeled our luggage into the casita. “Taos is really a magical place.”

That word——magical——was uttered several times by strangers during our week in Taos, New Mexico. The artist I interviewed said it. The gallery attendant said it. The lady next to me on the ski shuttle said it. The state adopted the motto “Land of Enchantment” before World War II, and continues to live up to this creed daily, and remains fiercely protective of its natural resources and cultural traditions. The Sangre de Cristo Mountains (Blood of Christ) comprise the southern end of the Rocky Mountain Range, and circle the tiny town of Taos, home to the historic and beautiful Taos Pueblo, about 5,700 people——many of them artists, skiers or both——80 art galleries, several mules and horses, and lots of chickens. Taos requires wheels, which is one of the best ways to experience the town as well as all of New Mexico’s enchanting mountains and valleys, for the landscape is the kind found in art galleries. That’s why there are so many hot air balloons dotting the sky; you want to breathe in New Mexico and experience it slowly. 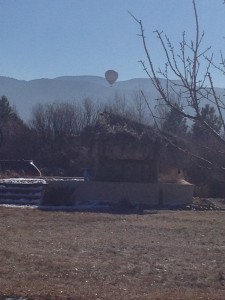 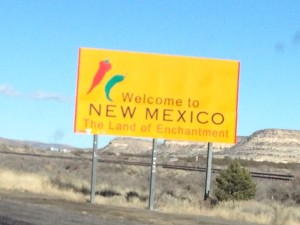 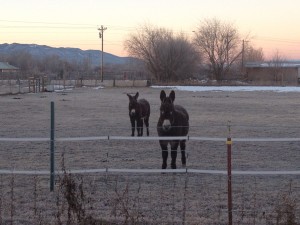 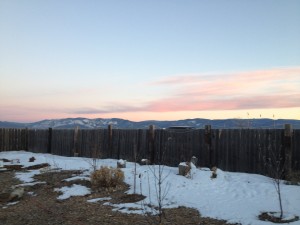 I first encountered New Mexico’s infinite and astounding vistas sixteen years ago this week, when I spent nine days driving from Rochester, New York, to Seattle, Washington, and made stops to visit friends and sights along the way. (This would become the first of three cross-country road trips, so far, for me.) I remember cruising in my 1994 Geo Metro with my cat Nigel, years before iPhones and iPods, relying on local radio stations to keep me entertained as we inched along Interstate 40, which stretches from North Carolina to Southern California. I had chosen a southern route for my drive, since it was the thick of winter, and I had wanted to see the Grand Canyon. But New Mexico made me want to stop the car and take a look around. 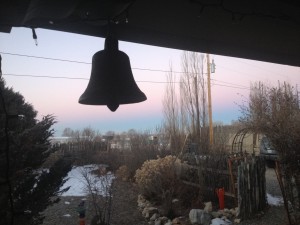 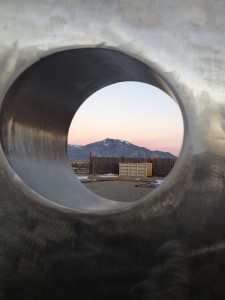 Up until crossing over the state border, I didn’t really know anything about New Mexico other than it was there between Texas and Arizona, and that it was one of the “Four Corner” states where you could straddle four state borders at once. During that 1998 trek, I drove through New Mexico on to the Grand Canyon making a promise to return to the red mountains. Fifteen years after that drive, I read a Travel & Leisure article about spending Christmas in Taos, and plans started to take shape. We arrived in Taos on December 22, and spent the week at Casa Gallina, a place that rivals five-star hotels and is managed by Richard Spera.

Taos, New Mexico, has been an artists’ colony for over a century, but in 2013, the town and its artists continue to reel from the 2008 economic downturn; when money gets tight, art is often the first luxury to go. While some artists have begun to reemerge and reopen galleries along Kit Carson Road, they still struggle, and many galleries remain closed. Yet the landscape always inspires painting and sketching no matter what is happening to bank accounts. Artists cull stones from the earth to piece rock into jewelry or whip earth into clay to mold pottery. Old soda cans are twisted into flowers. Glass and color are heated into portraits and ornaments. Locally-made artwork adorns Taos municipal buildings, the hospital, hotels, coffee shops, restaurants and gas stations. A gallery attendant told me many artists in the area live on $10,000-$20,000 a year, yet this undercurrent of rural poverty is haloed by glorious paintings, sculptures, pottery and jewelry. Artists in Taos create to just create, and if income comes from that, well, all the better. 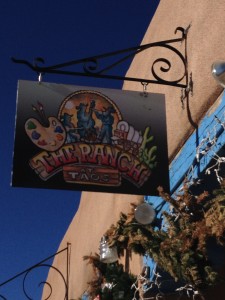 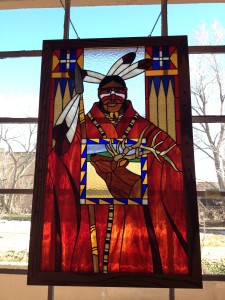 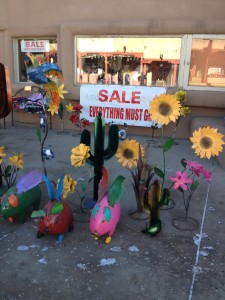 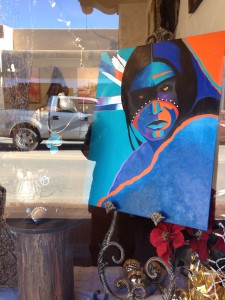 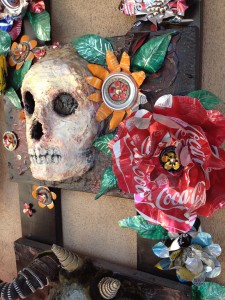 Creativity was everywhere in Taos Christmas week, including in the two evergreen trees that stood like sentinels in front of St. Jerome Chapel, the 19th century church at Taos Pueblo. Taos is a poor, yet resourceful town, and the two evergreens were decorated with compact discs sprinkled with glitter and hung with string. They caught and reflected New Mexico’s abundant sunshine beautifully. Inside St. Jerome Chapel, the flowers were plastic and the small aisle was decorated with the kind of tinseled garland you can find at any convenience store. After all the opulent cathedrals I have visited across Europe, this small, humble church in the mountains resonated the most with me. Christmas is when Taos mixes Christian with Native American traditions, and the best time and place to experience this is on Christmas Eve at Taos Pueblo when the priest and congregation of St. Jerome hold a procession around the Pueblo while residents guard bonfires that were easily three stories high. Luminarias line Pueblo rooftops and walkways throughout the reservation and a few miles away throughout downtown. I feel that nothing I write can do justice to what I saw in Taos on Christmas Eve. I choked up and just watched the silhouettes of men, women and children move around the light being thrown from the many luminarias and bonfires, the edges of those high yellow flames reaching for the countless stars above us, as if sending a reminder to the heavens that we were still here, below, celebrating how lucky we all are to enjoy this planet and all its enchanting beauty. 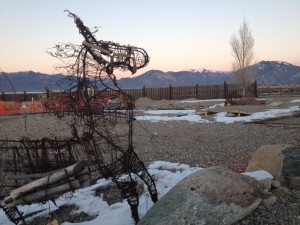 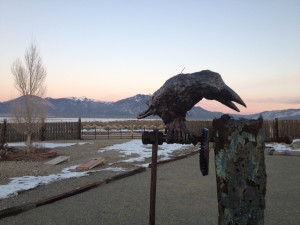 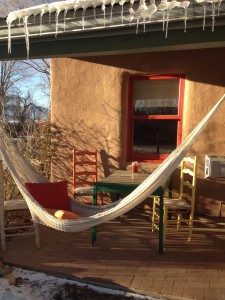