If you follow me on Twitter, then you know from August 26 through August 30, I spent the bulk of my time in a minivan driving from Los Angeles to suburban New York City. This trip wasn’t planned, but, thanks to hurricane Irene, who was downgraded to a tropical storm by the time she hit my neighborhood, we had an eye-opening, wonderful time.

The long story short is that America is big. Big like a deep purple starless sky wrapping around a cornfield. Big like heavy-set ladies squeezing into too-tight capri pants. Big like the pasta bowls served at Olive Garden. There is nothing small or middle-of-the-road about America. Our land is big. Our people are big. Our ideas are big. Our debt is big. Our problems, our passions–yep, big.

Bigness was observed in two very different places: rural Utah, and the Olive Garden in Toledo, Ohio. First, Utah, the 45th state to join the Union as of 1896; the 13th largest state in our country filled with dinosaur fossils and Mormons. Home to a lone salty lake and the most sweeping, moonscape-like vistas I’ve ever seen, Utah embodies everything that is bizarre and large and ever-changing about America. Cruise Interstates 15 and 70 for about five to six hours hours as we did and the terrain changes every 20 minutes. You’re surrounded by miles upon miles of red rock only to be later surrounded by a surface that resembles the moon. And then eventually, there are green shrubs sprouting up. And then there aren’t. Utah has signs with names like “Devil’s Canyon,” “Ghost Rock,” and “Goblin Valley State Park.” These aren’t places where I’d want to be stuck for a night. And thanks to Japanese efficiency we weren’t; our Toyota Sienna breezed by every tree, rock and mountain staring us down.

Utah was spectacular, and turned what we originally thought was an irrational, completely impractical reaction to dealing with bad weather and horrendous backups at major urban airports into a fun, adventurous choice filled with colorful memories and images of craggy, lonely landscapes I haven’t seen since visiting a planetarium as a kid. Driving through Utah made me feel lucky we were on the ground taking four days and $2,000 to get home while others camped at airline check-in desks waiting to hear word about the next available flight. An intolerance for turbulence and overall hatred of flying paid off, at least visually. As I’ve said on Twitter, I regret the expense of this road trip, but not the experience. In fact, the road trip now has become Anna’s first art project of the school year.

Now to Toledo, Ohio–worlds away from Devil’s Canyon, Utah. The urban hub of northwest Ohio that is home to the fictional character Klinger. The last night of our road trip was spent in suburban Toledo. After days of roadside food, we were itching for fancy eats so we pulled over to an Olive Garden to uphold the restaurant’s marketing strategy and indeed be treated like family. We were fortunate to be seated in the jurisdiction of Josh, a loquacious waiter who fretted that his girlfriend really liked ordering the drinks from the bar there, and gosh, the drinks could be $7 or $8 a pop. We didn’t order the pasta bowl, but Josh shared with us how the previous night, he had served a hungry couple the endless pasta bowl special and a pitcher of peach iced tea. With wide brown eyes, Josh told us how the couple each consumed six bowls of penne pasta. When he remarked to the couple on their constitution for carbs, they told him how they did it: penne is hollow, they explained, so you’re not eating as much.

At that moment I had a flash of thoughts: Michelle Obama’s anti-obesity campaign, joblessness, squeezing every penny possible. Is this where America is now? The impact of American politics were playing out right here at the Olive Garden; right here at Josh’s table. A couple eager to score a bargain ate six whole bowls of pasta, only paid for one, and took comfort in the fact that you can look through a piece of penne like you can look through a telescope. Mike asked if the couple tipped well, and Josh guffawed. We now have a new joke–to exceed normal limits means to “go for the seventh bowl,” like “jumping the shark” but more subjective. Amused and grossed out, we tipped well and left without asking for doggie bags.

That, dear, readers, is America. Big. Bold. And unapologetic about wanting more.

Big and beautiful–photos from Utah: 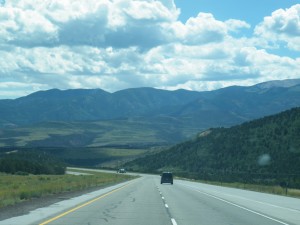 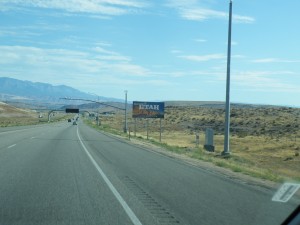 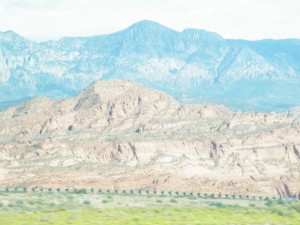 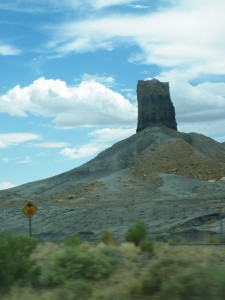 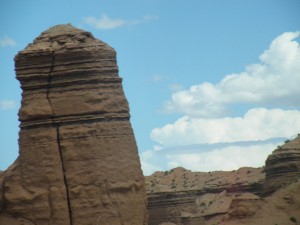 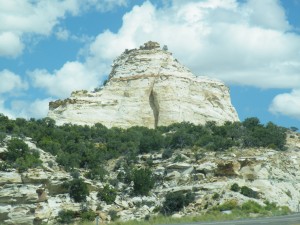 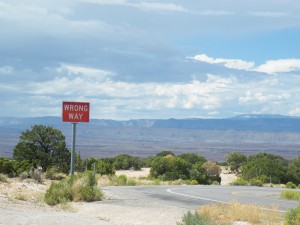 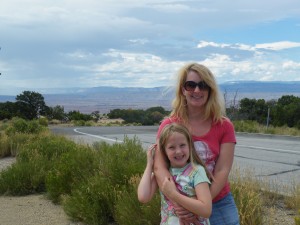 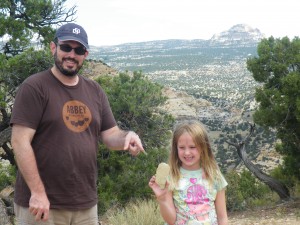