There’s a lot of old, fading construction along Atlantic City’s famed boardwalk, and the newest construction is extremely vulnerable to the elements. The World Championship of Sand Sculpting happens every June quietly on the beach right by the raucousness that is Cesar’s Palace. To me, it was the most interesting activity happening in Atlantic City that day. During the drive up, the billboards boasted shows performed by stars who had their 15 minutes when I was growing up in the 1970s and 1980s, like Tim Allen and the Doobie Brothers. After nearly a decade of living in New Jersey, after years of driving by community center signs promoting bus trips to Atlantic City, we finally drove the two hours to see what there was to see. 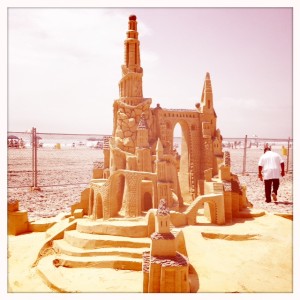 The rest of Atlantic City looked like a typical American shopping mall next to an ocean. Parallel to the waves, wiry, short men, many who looked Asian or Hispanic, pushed adult-sized strollers down the boardwalk without any visible huffing or puffing for their cargo was usually two large, pale people who obviously didn’t want to or couldn’t walk the long boardwalk. As my husband noted, Atlantic City is peeling away after all these years; door frames were chipped, glass was taped over, the giant statue of Cesar by the gelato stand looked ready to call it a night. The flickering, colored lights of the casino floor and all the counting and flashing numbers reminded me of Sesame Street skits. 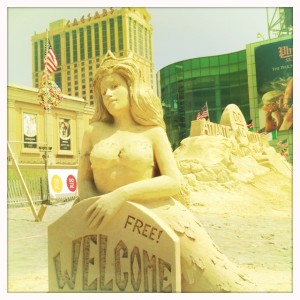 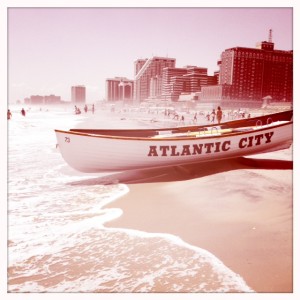 The sand sculpting contest drew artists from Singapore, Canada, Europe, and of course, coastal Texas and California, which have the biggest sandboxes for practice. There were about a dozen, larger-than-life sculptures and walking through the works took less than a half hour. But it was worth the two-hour drive. The sand sculptures were the dreamiest, most thoughtful part about Atlantic City, and these masterpieces have already been disassembled and the area cleaned and swept up, while chunky folks sunburn and seek the shade of a giant stroller pushed by a tiny guy.

Like other casino towns, Atlantic City is a safe house for dreamers. And Atlantic City inspires creativity. The Monopoly game board street names were adopted from this beach resort. And the whole concept behind the Miss America Pageant was to keep tourists enjoying the Atlantic City boardwalk after Labor Day. Judging women posing in bathing suits seemed like an idea that would stick and keep the money flowing. It worked. Nearly a century after the first Miss America Pageant, Atlantic City appears tired and trying, still focused on polishing up the tiara every year. Besides the yellowing decay of aging buildings facing the sea, and a two-week long sand sculpting show, there’s not much more to see. The Jersey Shore has never been our speed or style; you’re more likely to find us in the Catskills or the Adirondacks or Vermont, and we save our beach time for the west coast. We arrived by 11 am and cancelled our dinner reservations to get back on the road at 3 pm. I’ve been spoiled by the beaches on the west coast, which are such a different experience than the Jersey Shore. Visiting Atlantic City reminded me of visiting a great aunt who still wears the colors and makeup reminiscent of 1975, and you love her for it, you cheer her on, you eat what she spent hours in the kitchen making even though it makes you gassy, and you keep the visits brief. 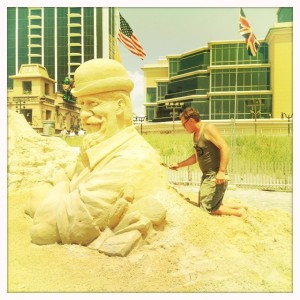 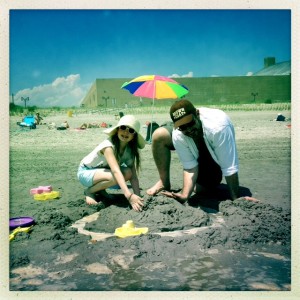 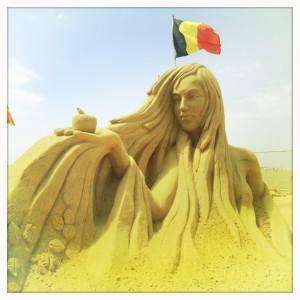 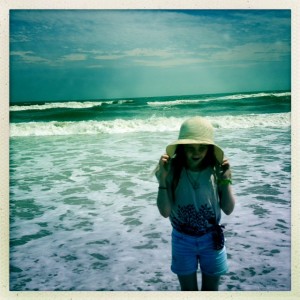 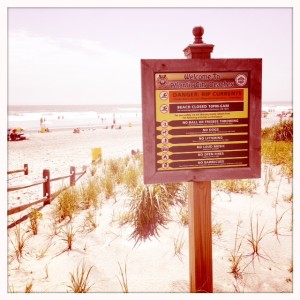