There are many things I am not good at, and blogging is one of them. In fact, I’m wondering if I should open every blog post with a self-deprecating “I stink at this,” just to see who sticks around—a litmus test of your dedication, dear 2.5 readers.

But now and then, there’s something worth blogging about, so here you go. Check out Flung magazine’s latest on what some very seasoned travelers are lugging around these days. I’m very honored to be listed among such pros, including Sarah Greaves-Gabbadon, whom I had the pleasure of meeting during a press trip to Cancun in October 2015. (Reflections on that trip here.) Sarah is an actual pro, meaning that she brings high-quality gear to properly capture a moment, and—most likely—remembers to pack enough clean clothes and seasonally-appropriate toiletries. I don’t always pack good gear, I have failed to bring enough clean clothes and once even forgot to pack underwear, and for some inexplicable reason, I bring my A-game when it comes to having enough of the right toiletries. My packing lacks logic.

However, what I never forget on any trip no matter how near or far is my giant plastic inflatable donut and my bathing suit. Usually, I pack two or three bathing suits because we all know bathing suits never dry fast enough when you’re on the go. I may not have enough socks and shirts or decent walking shoes for the trip, but by God, I am ready for the beach or hotel swimming pool! 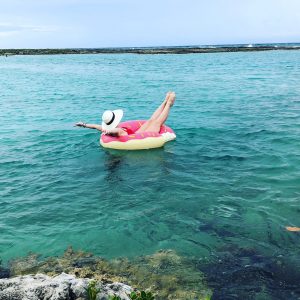 I just returned from Cuba Tuesday night, and the Cubanos were visibly amused by a gringa walking around downtown Havana with a blown-up donut. The beauty of being 45 years old is that there are many things you stop worrying about, and looking ridiculous is one of them.

I’m currently working on a donut floatie travel memoir because my donut has traveled to more places than many, many Americans. It’s a lucky piece of plastic, and I’m a lucky, lucky gal, pinching myself every day that someone wants to send me somewhere to write about someplace beautiful. I won’t lie: it doesn’t suck. So stay tuned for more donut floatie adventures.

Meanwhile, I’m returning to California soon, and there’s a hotel in Palm Springs I’m eager to visit. Why? Because this hotel’s Instagram feed is filled with photos of Floyd the Flamingo Floatie. The place is called the Monkey Tree Hotel, it recently underwent a renovation, and apparently (based on the Instagram feed), Floyd and Elvis impersonators hang here. These are my people, so I’m eager to introduce my donut to Floyd, get into the pool, and daydream under the sunshine. Those are things I’m good at. See you there.

New York City smells of dog pee. This is a cyclical event and very similar to the time when it’s ok for women to wear white pants, usually beginning around the Fourth of July festivities and wrapping up around Labor Day weekend. Everyone who lives and works in this area knows this. There are who-knows-how-many-dogs being walked across the Big Apple at this very moment, pissing everywhere, not caring whether it’s Fifth Avenue or some unlit corner in Alphabet City. And while dutiful dog owners have their little plastic baggies in hand, ready to swoop and scoop poop, there’s nothing anyone can do about dog pee. Even long after hot city sidewalks soak it up, the heat hits—and it hits hard—followed by the stickiest humidity the Northeast can deliver, and before you know it, you can’t smell anything but dog pee even if you’re back home in your own house, your own yard, feeding backyard chickens.

Anyone who can afford to leave New York City during peak summer months goes somewhere else. They go to the Hamptons or Fire Island or the Jersey Shore, where a third of the male population is named Anthony. We go to California.

Is the dog pee smell really that bad, you ask, that you have to go 2,700 miles west just to escape it? I think we lose the dog pee smell by the time we drive over the George Washington Bridge, but really, the yearly summertime schlepping to California goes beyond getting away from too much urine, not feeling safe wearing flip-flops around the city, or seeing too many people wearing black even when it’s 90 degrees out. Perhaps it’s more about what we want rather than what we don’t want, that coveted California lifestyle, the freedom to wear flip-flops anywhere as Californians do, the predictability of knowing it will be sunny just about every day, where avocados are priced at seven for a dollar and are so plentiful, Los Angeles bartenders mix avocado cocktails and guys in aprons scoop avocado ice cream.

Next month, for two weeks, I get to pretend I’m a Californian. I’m stupidly excited about this. I’ll be in San Francisco buying groceries, taking the BART, eating sushi here more than once because it will be near my apartment, perusing the shelves at City Lights, ignoring shuttle buses teeming with Google or Facebook employees. Yeah, I’ve been reading about how San Francisco is changing. Money has a tendency to ruin things: relationships, childhoods, cities. Since my 20s, I had a thing about living in San Francisco, and then the job opportunities brought us to Seattle, then to Washington, D.C., then to New York. To know a city deeply, you need to know its smells. Seattle always smelled of fish and coffee to me, which isn’t that bad as far as urban scents go. D.C. always smelled of dry-cleaning and power. Really. Power has a smell. It’s very musky. In a few weeks, I will have the chance to figure out San Francisco’s smells. I’m hoping it’s baked sour dough, although that could just be optimism talking. Maybe after all these years, I dodged a bullet. Maybe there’s a San Francisco smell and Mark Zuckerberg is financing the cleanup right now. I haven’t been to San Francisco since 2012 when I froze my butt off one late-August day, but perhaps the city has gotten too classy for me and lingering smells of any kind just aren’t tolerated anymore.

It’s just as well. I find myself more drawn to SoCal dreaminess anyway. My eyes have shifted to Los Angeles, which, like New York, is a place where a crappy coffee shop can peacefully coexist with an amazing coffee shop, where the mediocre and the really effing-awesome can be found on the same street, just perhaps with less dog pee in L.A. I haven’t quite figured out L.A.’s smells yet (feel free to enlighten me), but I’ve always liked its energy. New York City is the wrong kind of kineticism, there’s a stress addiction here I find exhausting. When you stack eight million people on top of one another, things get tense, which leads to pet therapy to alleviate stress, which leads to dogs being walked and peeing everywhere. Spread folks out on a beach like a blanket, surround them with salty sea air and mountains, and, well, maybe things slow down a bit, long enough to enjoy a crappy cup of coffee or some avocado ice cream. 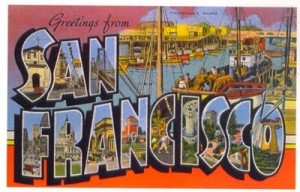 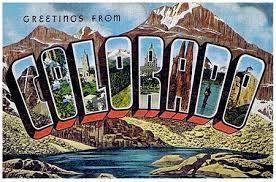