Tomorrow marks the 10th anniversary of my blog. The first thing I ever wrote was about the tiny bathroom in our tiny apartment in an old building located in an obnoxious strip mall of a town hugging the Hudson River. I hated the place but was distracted by motherhood and paying the rent. I had a toddler in diapers and a boss who was incredibly mean at a job I despised. I created this blog because he was so verbally abusive, constantly telling me I couldn’t write for crap. This blog was my middle finger to him, and, here we are a decade later, with people hiring me after reading my blog and deciding I could indeed effectively string sentences. 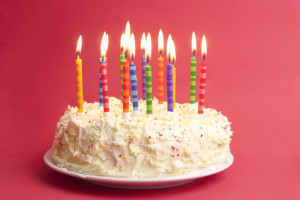 That editor, who developed a reputation for berating young women at work, was eventually fired, and I went on to work for other abusive or screwed up people who occupied that tier of middle management in New York City. Three years ago, I quit that scene, but I still blog for no other reason than to just write something that is not to spec, without a word count, maybe even lacking focus. My own little online soapbox that occasionally gets some attention. Who knew?

Many blogs are outlets for navel-gazing. I’ve never been all that interested in exploring myself or my feelings; I much prefer looking outward and jotting observations. That eventually translated into some travel writing assignments, and lately I’ve been building up that part of the portfolio. This month, I have a piece in the November issue of National Geographic Traveler and my fourth piece for the Los Angeles Times travel section appears this weekend. Last month, I had a highly trafficked piece in Guernica, an idea that just landed in my lap while on vacation in San Francisco. Recently, editors have been saying nice things about my writing, which as any writer will tell you, never gets old. So things are good.

To celebrate our 10-year wedding anniversary, Mike and I went to Daniel. To celebrate my 10-year blogging anniversary tomorrow, I’ll be cleaning a chicken coop and vacuuming our living room even though blogging can be as much as fun as marriage and any excuse to have cake and champagne is a good excuse. Over the course of this blog, I changed jobs a number of times, but I’m still married to the same guy, we have a healthy, happy sixth grader, we dragged her to nine countries and several states, and to paraphrase Dani Shapiro, I’m still writing—and getting paid for it! We’re all still here, still chugging along, still doing our thing minus one loud, miserable editor, and come to think of it, that’s worth cake and champagne after all.