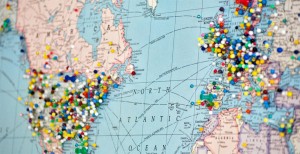 It’s June 22, and I just realized that my last blog post was two months ago. Unless you’re a famous author like George R.R. Martin and know that you can blog whenever you feel like it, and hundreds or thousands of people will still read you, blogging is supposed to be more of a regular thing, something you maintain, like toned triceps or abs. My husband is good at this, this blogging thing, as is his colleague, Chuck Wendig, who seems to fire-breathe copy while I sit on my front porch, laptop open, shitting kittens over every word, fussing with phrasing, trying to recall everything Jim Shepard said when I was at Sirenland this past March. And maybe Chuck shits kittens over every word, too. He’s just more of a pro about it.

So the blog gathered dust (it’s also undergoing a redesign because I’m tired of all this blue). Meanwhile, I was traveling, writing, and getting published, so no complaints here. I had my first piece for AFAR, about camping in New York City. Then, there was an essay I wrote about a waiter I met in Havana last month. That same week, my first article for The Week was published, so I felt a bit splattered across the Internet in a short amount of time. Is this how Chuck Wendig and George R.R. Martin feel when their stories go viral (certainly more viral than I ever will), and when people they don’t know comment on what they wrote? It’s a cool, weird experience that I am still getting used to.

And while I haven’t been blogging, I have been reading—a lot. I finished Naomi J. Williams’ brilliant “Landfalls”, which I scored as a free gift for attending the annual One Story Debutante Ball. I didn’t know anything about Ms. Williams or the book; I literally picked it up at a table because I liked the cover—18th-century ships being bullied by moody green waves—and I love me a good journey story. I brought the book to Cuba with me last month, and had to keep putting it down because it was so good. Now I’m reading Louise Erdrich’s “LaRose,” which is equally gripping. In between, I tried reading Cynthia D’Aprix Sweeney’s blockbuster novel “The Nest,” and got 104 pages in before I decided I can’t take reading about affluent white New Yorkers anymore and the shit storms they create for themselves. Same thing happened this past winter with Aidan Donnelley Rowley’s “The Ramblers,” though there, I only lasted 40 pages. Rowley’s blog is titled “Ivy League Insecurities.” I started wondering if I should have such an emotionally-charged, socioeconomically-loaded blog title, but only came up with “State School Struggles” before recalling that I had learned—after graduating from state school—that alliteration is for amateurs, and, really, just plain uncool.

I’ll try to blog more often for those dedicated 2.5 readers out there, but in the next few weeks, I have something I’m working on for The Scofield, a mega-thinky platform led by the intrepid Tyler Malone (thanks, Tyler!) and a few assignments about Cuba I gotta focus on, and writing about Cuba always makes me happy. I can’t explain it. I’m a blonde suburban mom who grew up in the Snow Belt, who studied French instead of Spanish, and I’m as gringa as they come. But Cuba feels right. Maybe I’ll blog about that someday. 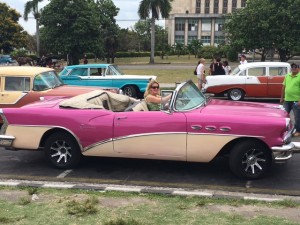 This is a story about me being an idiot. Truly. It begins on the living room floor in the home of Halldór Kiljan Laxness, a son of Iceland, a Nobel Prize-winning author, and a guy with great taste in art. And the story ends in the candy aisle of a gas station about a half hour outside of Reykjavik.

I came to Europe’s most northern capital to attend the Iceland Writers Retreat. The penultimate day of the retreat was a break from writing workshops with a guided tour of Iceland’s Golden Circle, an opportunity to see geysers and waterfalls, and shop for wool in souvenir gift shops. The tour ended with a visit to the understated house that once belonged to Laxness. Our group filed into the crowded living room of this famous house. My daughter and I found a place to sit on the floor, this cold spot by the fireplace with a number of figurines balancing on a small table. I was worried about one of us knocking something over. We were then introduced to writer Sigurjón Birgir Sigurðsson, known as Sjón. I had never heard of this writer, it was the end of a long day of sightseeing, and my only focus was on making sure my daughter’s iPad games didn’t disrupt the reading.

Sjón read from his book

We left Laxness’s home, filed back on to the tour bus, returned to Reykjavik and while walking to a noodle house for dinner, we passed a book store. I bought “The Blue Fox” and read it later that night, last night, in my hotel room. I was floored. It was spare and beautiful and clever prose. This book won the 2005 Nordic Council Literature Prize, one of the highest literary honors. Turns out, Sjón is an accomplished genius-of-his-time, an award-winning author, a poet, Chairman of the Board of Reykjavik UNESCO City of Literature, and even a lyricist for Björk. Junot Diaz, a writer I enjoy reading, called Sjón “a trickster” and “achingly brilliant.” As I read the blurbs on the book jacket I realized everyone on Earth knew what an awesome talent Sjón was. Except me.

After reading the first few pages of “The Blue Fox” I shouted to my daughter, “ANNA! I can’t believe I let you play Angry Birds during the reading! You were in the presence of greatness!” (Turns out she was doing an iPad puzzle. Still.)

Say the word “celebrity” and who comes to mind? Fat-lipped Kim Kardashian (I still can’t figure out what the Kardashian appeal is…) or maybe Britney Spears or maybe some reality TV show twit. Loud, crass, obnoxious people who haven’t contributed much to this world beyond being photogenic. Everything is so digital now, so immediate, often so loud, and too often confrontational. Everyone wants to be heard and often this information is in our faces. Tune into the CNN punditry circus just to get a glimpse of this noisy neediness.

But to discover a world-renowned writer, someone you’ve never heard of, because you’re sitting on a living room floor just listening to him read to you? To have genuine celebrity be so unassuming, so quiet? Wow.

Which brings me to the candy aisle at a gas station. I’m waiting for my husband, my daughter is begging for gummy worms, and I’m thumbing through my iPhone apps because that’s what we all compulsively do now, twiddle on our smartphones anytime there is a gap in the day. This huge smile crosses my face and my daughter says, “Mom! What is going on? Why are you smiling like that?”

And I said to Anna, “Because a genius is now following me on Twitter.”