When Washington Irving penned “The Legend of Sleepy Hollow” in the early 19th century, could he have predicted jump starting a seasonal tourism machine? The country estates of wealthy Manhattanites had not quite taken over Westchester County when Ichabod Crane was riding for his life. But what hasn’t changed since Irving’s short story, published in 1820, is the moody woodsiness that haunted people then and captures imaginations now. Yes, MetroNorth may have a train running right through it, but the past is still present beneath the railroad tracks; Revolutionary War heroes sigh in their graves while the punctual bells of old stone churches sway to the hour. You still feel Irving’s Sleepy Hollow in 2012; as we drove to the Van Cortlandt Manor in Croton-on-Hudson, modern technology got us lost. We pulled to the side of an empty road lined with large, brooding trees and that’s when the thick spookiness of the area seeped into the car. It wasn’t the type of place where you would want to get a flat tire.

Historic Hudson Valley is a nonprofit organization that has monetized this mystique in an effort to protect what Rockefeller and his ilk often escaped to, that leafy, lushness that turns a fiery orange every October. The Hudson Valley is north of New York City and was once filled with windmills, Dutch villages, farms, and ghost stories, for many famous folks made this area their final resting place. Even while I lived out in Seattle and in Washington, D.C., I associated Halloween with this region. Dedicated to preserving the architecture, landscape and history of the Hudson Valley, Historic Hudson Valley hosts seasonal events, such as its famous Halloween Jack O’Lantern Blaze, to attract tourists and support. What’s amazing is that I have lived here now for almost a decade and just learned about the Jack O’Lantern Blaze during a casual dinner on the Upper East Side with friends. And that’s what I love about New York City–I still have no clue what goes on here. There is always, always something new to see even if you think you’re one of those folks who has seen it all.

The Jack O’Lantern Blaze, or, simply known as The Blaze by Hudson Valley aficionados, is awesome and has a Tim Burtonesque quality to it. The current season is over, so I recommend bookmarking the Historic Hudson Valley website and getting ready to purchase tickets next year as soon as the summer beach towels are folded and put away. Pumpkins line the Van Cortlandt Manor, an 18th century home restored by Rockefeller, and the exhibits are impressive. This year, Hurricane Sandy forced volunteers to bring the exhibits and individual pumpkins inside, right around Halloween, and then quickly reinstall them all over again. There are thousands and thousands of pumpkins carved by area artists, and, I admit, our visit to The Blaze motivated me to kick it up a notch next Halloween. Late fall may symbolize death, but here, it’s when this area comes to life. 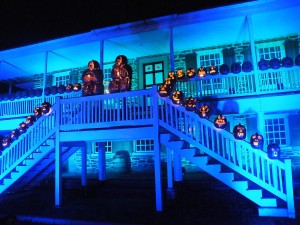 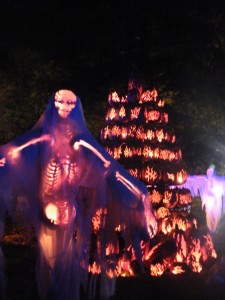 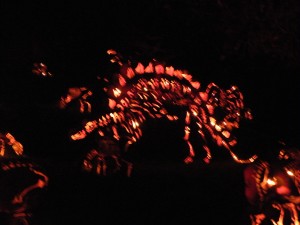 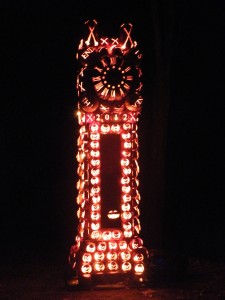 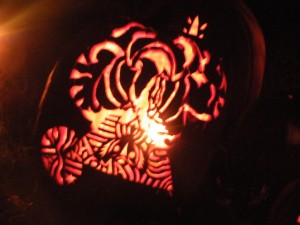