It was 10 o’clock in the morning on a stretch of beach long vacated by tourists. The tide hadn’t come in yet and there were spits of sand surrounded by water the kids called “islands” that they would chase after with their plastic toys, laughing while the waves gently pushed them back. The forecast was perfect for a last Saturday in September: upper 70s, abundant sunshine, barely any breeze. Just stillness. 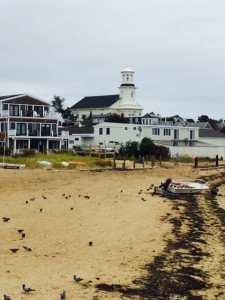 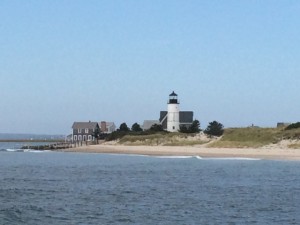 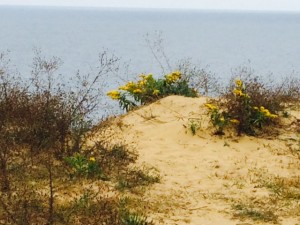 By lunch, the beach had filled up, but that was okay. By lunch, we were willing to share our slice of heaven with strangers. Mayflower Beach in Cape Cod is pristine, far from any boardwalk or ferris wheel or fried dough vendor. The sand felt powdery under my feet. I hadn’t felt sand like that in ages. I went walking on it and walked for so long I lost track of how far away I had gone from our little stakeout of blankets and chairs and our confetti-colored beach umbrella that had disappeared from my view. 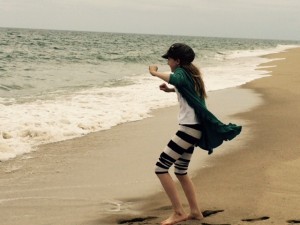 We enjoyed a picnic of lobster rolls and lemonade that afternoon and while slathering myself with SPF 50 for the umpteenth time, I decided that late September would be beach time going forward. Fewer people. Cheaper hotel rates. Quiet. Beaches as the calm respite they once were, not beaches the way Atlantic City had twisted them. 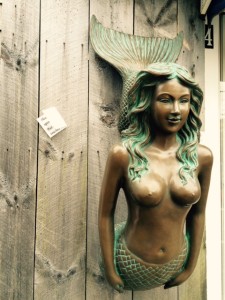 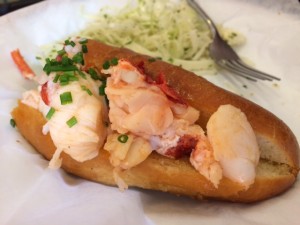 Beyond the beach, Cape Cod had its tchotchke shops with too many Chinese-imported souvenirs praising the sea and the toothy Kennedys. Beyond the usual tourist trappings though are flickers of Old Cape Cod, the ones fishermen families probably enjoyed before being overrun by chunky pale people from Boston and New York. While sitting on the beach I began to think of Cape Cod’s mysteries and stories. I’d like to explore more of Cape Cod once the summer beachgoers are gone, when it’s quiet and lines for ordering a lobster roll aren’t long. I’d like to see what the Cape Cod old timers saw. They probably knew humpback whales had horrible halitosis or that the tide buried sandcastles in minutes not hours. They probably knew the lighthouse signatures–the sequence of light flashes that were specific to each lighthouse and that helped ships identify where they were. They probably knew that past the powdery sand were hundreds and hundreds of splintered ships, wrecked by rocks and bad weather and bad luck.

Cape Cod is a cemetery, though this part is hard to see amid all the colorful, charming seaside shops and restaurants. But it’s a beautiful cemetery like St. Bonaventure in Savannah, Georgia, or the bright, cheery cemeteries in Mexico. The area was once dubbed “the graveyard of the Atlantic,” for throughout colonial times and even well into the first half of the 20th century, ships plowed right into the Massachusetts coast. You see glimpses of these losses throughout the region, that despite the deceptive beauty of the Massachusetts’ shoreline, you see how the sea was a very dangerous place, a message romanticized in souvenir shops. Men just disappeared. And the whales could not help them. My guess is the whales, those coy humpbacks and minkes with the bad breath, waving their tails for the tourists’ cameras, know the Atlantic’s secrets. They know who lost what, who ended their days at sea, where the treasure is buried. But they’re not telling, for perhaps it’s a story we couldn’t bear to hear. 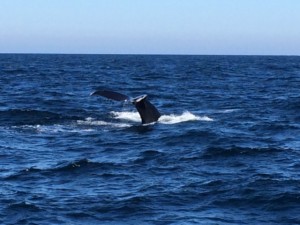 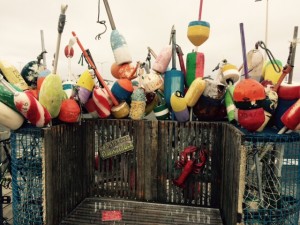 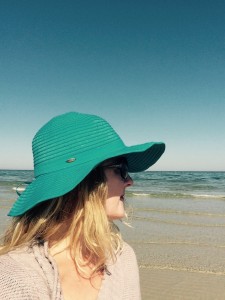