Lake Champlain is America’s sixth largest freshwater lake, and was once a hot spot of colonial military activity. Amid bear carving shops, ski resorts, and cafes serving fluffy flapjacks with thick bacon are forts and other nods to the region’s colonial past. Could 18th century northeastern Americans settling here have predicted that the lake would one day divide neighbors? To the west of Lake Champlain is the Adirondack Mountains, with 6.1 million acres of protected, rugged landscape where barely anything consistently grows. To the east is Vermont, the very name itself conjuring up images of gentle, undulating shades of green, a pastoral Eden where so much is not just grown but grown thoughtfully and sustainably, that early 21st century buzzword. Both sides are abundantly beautiful, yet so different it’s surprising they share the same body of water.

Last week, we vacationed on both sides, canoeing and swimming in Saranac Lake, biking and strolling through giant sculptures in downtown Stowe. Through it all I read Bill McKibben’s book “Wandering Home” which talks about his three-week trek across the region. As a guy who owns houses on both sides, he offered probably one of the best points of view.

We fantasize about owning property on either side of the lake. New Yorkers often talk about their summer vacations in the context of how long it took them to wind down. We talk about our summer vacations in the context of re-entry and how difficult it always is. Since buying our charming, small house down the road from McMansion country in the frenetic Jersey burbs, we have lamented about sawing the house from its foundation, freeing it from Governor Chris Christie’s jurisdiction, and hoisting it on to a truck bound north to the Champlain Valley.

Do people know that point when a vacation becomes a calling? I’m not sure I do. We scanned real estate listings around Mirror Lake in the Adirondacks. The Adirondacks is where people tough out harsh, long winters and jagged roads. I’ve done that before. It’s where people hike, bike, and ski. I’ve done that, too. Being in the Adirondacks inspires you to strap on snowshoes and go for a 10-mile walk just to reconnect with the world. The Adirondacks is brawny, among the last areas in the northeastern United States, with some exceptions along coastal Maine, that still feel wild. We nearly ran out of gas along Route 3 in the mountains, assuming, the way suburban people do, that another town with a gas station lay just ahead. After 10 miles of waiting for that next gas station, we pulled over and were told by a postal worker we were 16 miles from any gas pump. What was between us and the next gas station? More hills leading to more mountains. 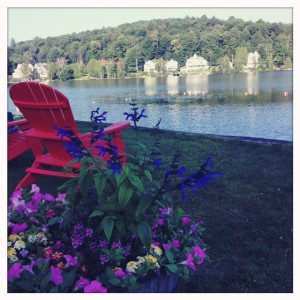 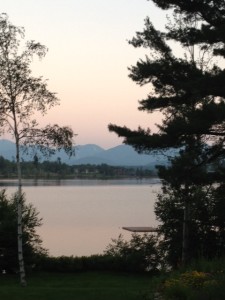 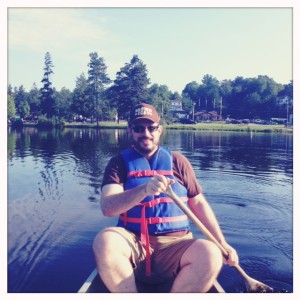 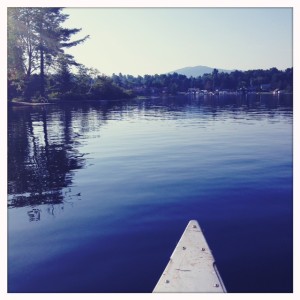 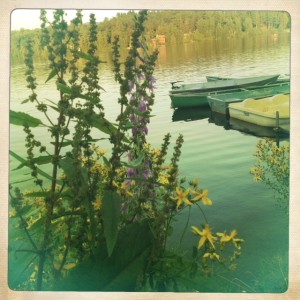 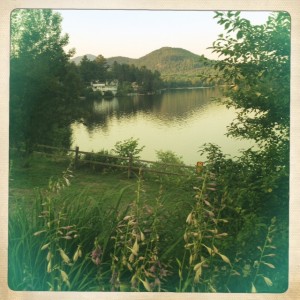 Cross Lake Champlain and enter a different universe, small white churches connected to winding country roads. Green, rolling farmland. Horses grazing. Charm is law in Vermont. The mountains calm down on this side of the lake, and the land yields more to farmers. Entrepreneurship thrives here, with many living off the land because the land allows for so much more. It’s artisanal this and handcrafted that. Ice cream made with milk squeezed from cows gnawing on grass just up the street. Just being in Vermont makes you feel more civic-minded and greener. You feel compelled to buy an antique churn and start making your own butter. You feel more accountable about where and how you spend your money. 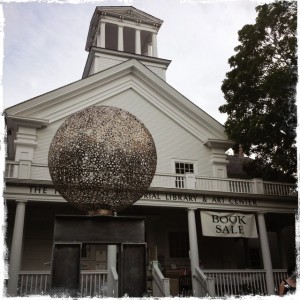 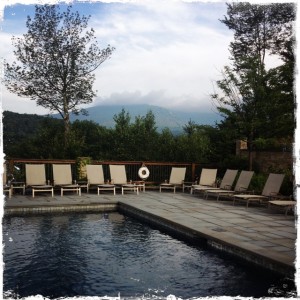 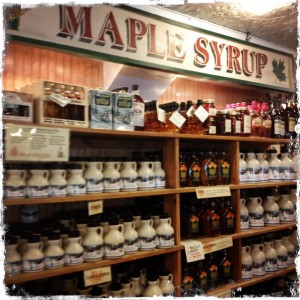 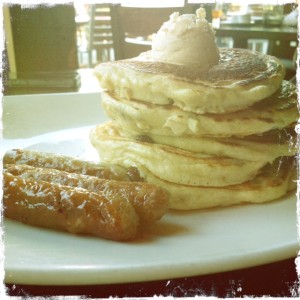 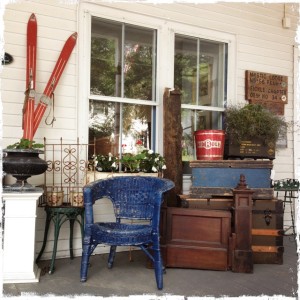 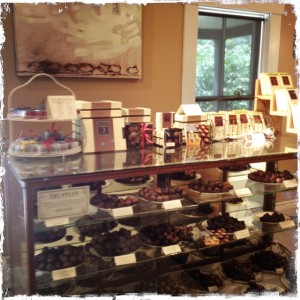 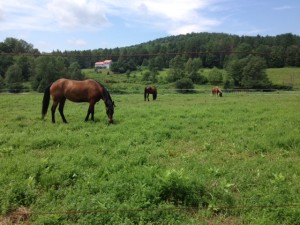 Thankfully, no one impulsively put a deposit down on a vacation property last week, though sometimes I like to look at the bank account and contemplate crunching the math. Even if we didn’t get to visit as often as we’d like, just “owning” a little blue jagged chunk of the Adirondacks or a soft, fertile, green chunk of Vermont would result in a permanent smile on my face. I laugh easily, but knowing our rural oasis up north awaited, well, that would be bliss.