Considering the rock star quality Monet’s paintings still have nearly a century after his death, and the buzz that continues about the New York Botanical Garden’s exhibit “Monet’s Garden,” it’s hard to imagine that at one point, the old master struggled for work. Unapologetically, I’ve enjoyed Monet since I can remember and, as a teenager, kept a poster of one of his London prints up on my wall back when it was certainly far more cool to have a poster of Robert Smith pasted next to a bedroom mirror. I look for Monet’s work wherever I travel and have seen his paintings in Washington, D.C., Philadelphia, London, Paris and New York. Recreating Giverny, the countryside estate that became one of Monet’s favorite projects, is no small accomplishment; I admire NYBG’s ambition. 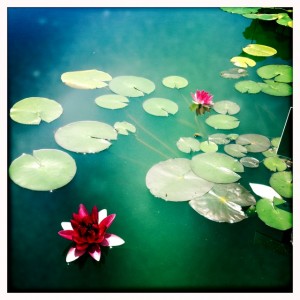 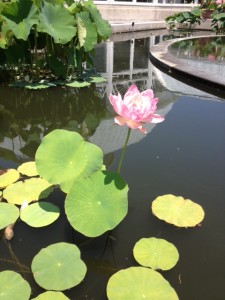 NYBG refers to itself as “a living museum” and this certainly felt true walking through this exhibit. Strolling past the painstakingly selected elegant water lilies, over the Japanese bridge, past the geraniums, the foxgloves and sunflowers, the coy roses bashedly turning their heads to the crowds and cameras, one could feel the brush strokes swirling by, the blues overlaying the pinks overlaying the yellows overlaying the greens. Light peeping through here and there. One could see how these gardens, masterpieces themselves, were reborn on canvas. Monet once said his gardens were his greatest achievements. He kept meticulous records about the plants he purchased and pursued botany with an unquenchable curiosity that comes through his paintings. Giverny may have a new gardener tending the land for tourists, but the imprint of Monet’s green thumb is everywhere, and will, no doubt, continue to inspire generations to come, as we saw on the “Garden Gallery” wall at the NYBG children’s garden, and in our own kid’s eagerness to photograph the flowers all around her. 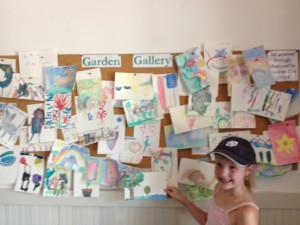 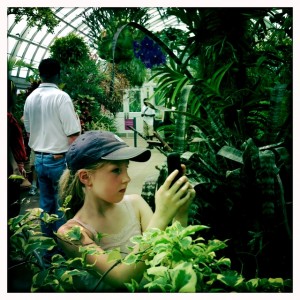 I won’t repeat what’s already been said about this exhibit, but if you’re passing through New York City looking to do something other than Broadway and the Empire State Building, Monet’s Garden is a treat and worth the hike to the Bronx. I’m so lucky to live here. It’s a crazy island full of crazy people who wear black when they shouldn’t, like on 90-degree days, and loudly bark remarks that they shouldn’t, such as someone yelling into her cell phone “What do you mean you can’t find the vaginal cream, Ma? It’s in the top drawer!” It’s noisy, crowded and expensive no matter which borough or which neighborhood, uptown or downtown. Yet, we have the most amazing museums housing amazing stories. When I visited “Monet’s Garden” on a 95-degree June afternoon, I was sweating my butt off, and pleased as punch because with some patience and an admission ticket, the world comes to my doorstep. 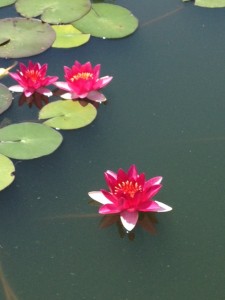 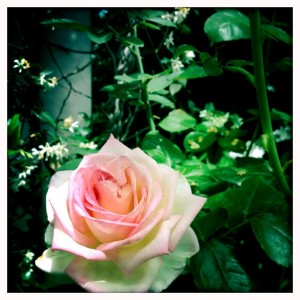 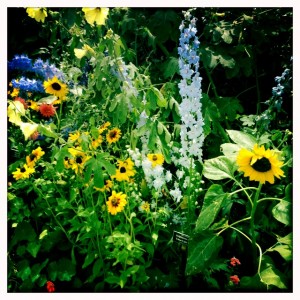 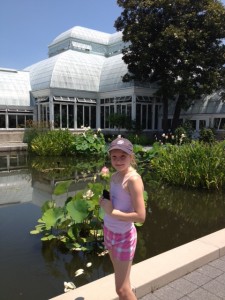 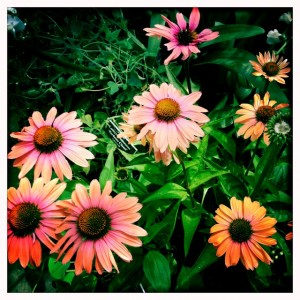