You can still smell cigar smoke walking down Seventh Avenue. More than a century after its heyday as the cigar-manufacturing capital of America, men—and women—lounge about Ybor City’s sidewalk cafes and enjoy a break from the Florida sun by puffing on a cigar. It’s a long-practiced, ideal way to wait out the afternoon humidity because the sunset hours are always the best in Florida, so why tire out beforehand? Just sit, relax, smoke slowly, and wait for that perfect part of the day to come because it always does. 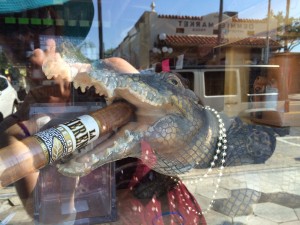 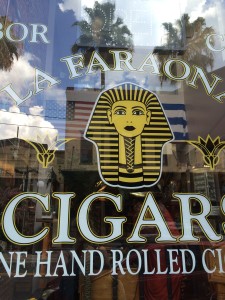 During my recent girlfriend getaway in Del Boca Vista country, we made the time to schlep an hour on the highway to stroll Ybor City and experience one of Florida’s oldest dining institutions, Columbia Restaurant, where the key lime pie is sweet and glossy like fresh lipstick.

Before our dinner reservation, we had time to meander into Ybor’s many vintage and consignment shops, and what’s a girls’ weekend without a little shopping? My favorite was the addictive La France, a place described by its owner as being “like a museum without a cover charge.” La France had the enthusiasm of a gay pride parade with the diligence of a carefully curated exhibit. We were in there a while. Feather boas lined up by color, beaded flapper gowns, diaphanous hats that would send sunbeams ricocheting, hairbands with beaded skulls, necklaces with beaded skulls, earrings and bracelets with beaded skulls. (Did I mention the beaded skulls? A touch of Mexicana in Tampa, apparently.) Floridians, like Southern Californians, don’t shy away from color. Forget urban black and embrace the magentas, corals, ambers and periwinkles! I found Tampa’s vintage shopping more interesting than New York’s, not just because New York’s may feel too familiar by now, but because Tampa didn’t seem to be trying so hard. These shops screamed “we love color and old stuff, so check us out!” and that was that.

At one vintage shop, a chain called Revolve, there, hanging on the wall behind the cashier, I spotted a green, floral-printed Old Navy dress I used to own around 1999-2000. I had purchased my dress in Seattle, had worn it to London (there’s a photo of me wearing it, standing in front of the London Eye in August 2000, shortly after I got engaged), and likely gave it to the Salvation Army sometime when I lived in Washington, DC, and became pregnant in 2003. I’m sure it wasn’t the same dress, though size-wise it looked like a match, and secretly, I wanted it to be my dress still traveling without me. 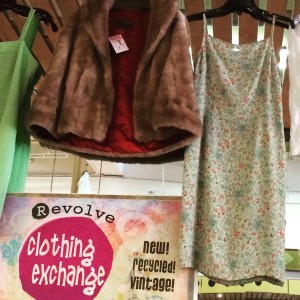 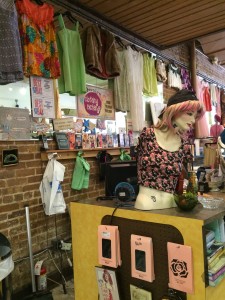 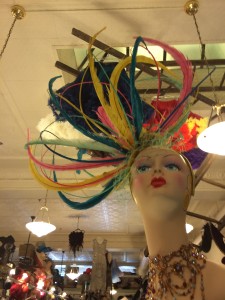 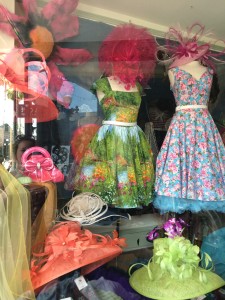 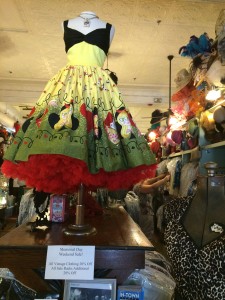 But that’s new Ybor. What about old Ybor? The original Ybor? Like many American port towns, Ybor has a “those-were-the-days” story, when this Tampa neighborhood was a thriving immigrant community, and, like the old whaling town of Hudson, New York, a planned community built around a single industry, cigar manufacturing. Ybor’s golden age began as the 19th century was winding down and the 20th century was gearing up, the spin-off years after the Industrial Revolution when Cubans, Spaniards, Italians, Romanian Jews, Germans and Chinese flocked to the area to make something of themselves. In 1869, Vicente Martinez Ybor, a Spaniard in the cigar-making trade, decided to move operations from Key West to Tampa, where there was an active port and a new railroad line, ample opportunity to move boxes of fresh cigars around. Industry always leads to indulgence, and bars, restaurants, theaters and dance halls sprouted up as business boomed. Folks rolled cigars during the day and then puffed and partied at night. It had to have been downright dreamy.

I’m part German, and I had a hard time imagining my fair-skinned ancestors coming from a place of mountains and snow and adapting to Tampa’s climate, but history says they were business leaders there, supervising cigar factories and working as managers and accountants, no doubt bringing their quintessential German efficiency to the task at hand. The Germans arrived to Ybor in the 1890s, and by the 1930s, the Great Depression had knocked the wind out of Ybor’s sails, and like everywhere else in America, things dried up. Difficult decades followed, and then folks started realizing the faded potential of Ybor’s old brick buildings, that one of the state’s best restaurants was just down the street, and that if things could be dusted off a bit, business could boom once again. That’s when places like La France began to bloom.

Walking Seventh Avenue in Ybor City now you hear roosters crowing—just as you do in Key West—though the street is quiet during the heat of the day and not as busy as it appears in the sepia-toned photos I found of Old Ybor. Trolley cars still crisscross town. You still smell cigar smoke, you smell sweat, you see signs for sangria and promises of sales and a Greek man standing in a window making the perfect crepe for the umpteenth time that day. There is French food, Cuban food, Greek food, Spanish food, bar food. You likely won’t hear music unless stepping into a restaurant or cafe or bar because everyone keeps their doors closed to ensure the air-conditioning doesn’t escape and evaporate into the street because it’s really, really hot in Tampa most of the year, and coolness—the tangible kind—is social currency; it literally draws people in off the street, as it did us. 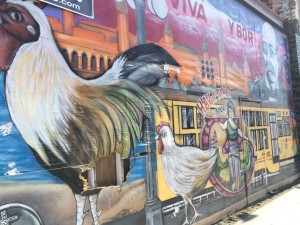 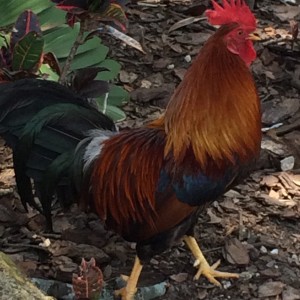 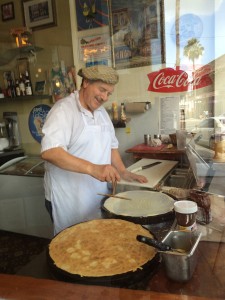 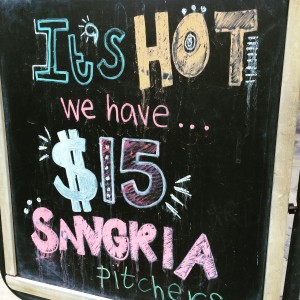 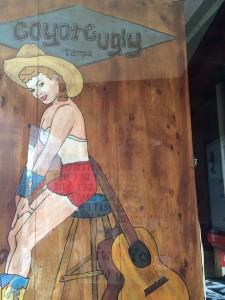 We cooled off at Columbia Restaurant, which has weathered Ybor’s various transformations over the decades since 1905. Sangria pitchers there weren’t $15, but the booze was light, smooth, and went well with the black bean cakes and grouper that I ordered. It was Friday night and packed. If you’re going to go, make reservations. I gluten-bombed during this dinner, but it was worth it. Order the key lime pie and if you’re gluten-sensitive, just eat around the graham cracker crust. I recall tasting delicious, silky key lime pie when visiting Key West five years ago, and thinking “Damn, that’s good pie!” Columbia makes all its own desserts, but our waiter informed us the key lime pie comes from Mike’s Pies, and let’s just say Mike gets pie. He really, truly gets pie. I once savored cantaloupe gazpacho at Daniel, an extremely expensive restaurant on Manhattan’s Upper East Side, and blurted out loud so that every coiffed Upper East Side diner heard me: “That’s the sexiest thing I’ve ever eaten!!!” And the waiter there smiled because he knew; he had just never heard someone say it so bluntly. 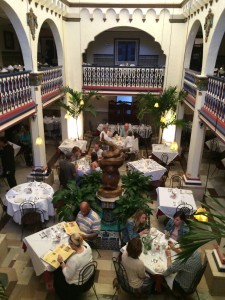 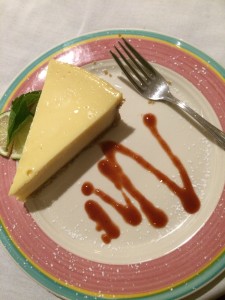