I’ll confess here to my 2.5 blog readers that when it comes to choosing a hotel, I don’t always go budget even though I should. I am willing to pay for a sense of place and a good story. I’ve stayed in yurts, tents, hostels, 19th century farmhouses, cabins, a Jersey Shore hotel that was neither clean nor quiet, converted monasteries, European brownstones, and a five-star urban oasis in downtown Tokyo that left me breathless and amnesiac about the expense. I have yet to stay at a castle, though I will someday. Topping my list of places to stay is America’s (so far) only human nest, which means I’ll get to go back to Big Sur, California, a possibility in summer 2015.

When it comes to choosing a hotel, I probably have too few biases; the place has to be clean, not run down, in a neighborhood where I don’t feel the need to sleep with one eye open, and preferably have a pool (I have chosen hotels based solely on their pools). Other than that, I don’t care if it’s family-owned, boutique, a corporate chain with a loyalty program (I’ve never been brand-driven anyway), 2-star, 5-star, or not even within the galaxy. If breakfast is included, great. If not, chances are there’s a Starbucks somewhere or a mom-and-pop counter with flapjacks and coffee. We have friends who won’t stay in hotels that cost more than $200 per night or that lack a rewards program. We’re not so picky. 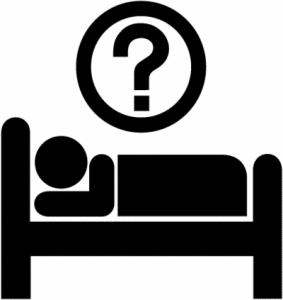 After years of sleeping in monochromatic budget joints, now that I’ve come up in the world a bit, the one area where I don’t like to compromise anymore is whether the hotel gives me a sense of the place. Does it blend in with local color? Don’t think that just because a hotel chain is owned by some white-collared investors living far away that it can’t do local color. Yes, some stick to vanilla playbooks no matter where you stay, but some are smart enough to capitalize on what drew folks to the region in the first place. I found this to be particularly true with InterContinental’s The Clement Monterey, an $80 million redo of prime waterfront space that once housed the old Del Mar Canning Company in the heart of Cannery Row–Steinbeck’s Cannery Row. You can feel it when you walk around the place. Opened in 2008, The Clement Monterey had studied the history of its location and pulled inspiration from the bay, such as the giant, glass sculpturesque jellyfish chandelier-like object in the hallway or the tins of chocolate sardines left in our room. And of course, this being California, there were outdoor fire pits so you could sit outside and think or not think, but stay warm watching sea otters frolic in the bay. Yes, it’s owned by a West Coast management company, but there was a full embrace of the neighborhood’s gritty, early 20th century history that I appreciated.

Another hotel that gave me a strong sense of place is Mirror Lake Inn, where we stayed this past weekend. There’s no point in getting a hotel in the Adirondacks if you can’t see the Adirondacks. Mirror Lake Inn in Lake Placid is not easy on the wallet, but wow, this place IS Adirondacks history. We woke up to blue peaks staring us down through the balcony doors, looking at us like “Yeah, you, the tiny thing curled up in 500-count Egyptian cotton…just a reminder who’s boss here.” The property began as a lakefront estate hosting wealthy visitors from New York City–a story common throughout the Northeast–but then in 1932, it was invaded by Norway. Or, I should say the Norwegian team rented the entire inn when it arrived for the 1932 Winter Olympics in Lake Placid (the town hosted the Winter Olympics again in 1980). The hotel’s ties to the Olympics continues in the 21st century; when you check in at the front desk, a silver medal from the 2014 Sochi games and a bronze medal from the 2010 Vancouver games are prominently displayed. The medals were won by alpine skier Andrew Weibrecht, who was born in Lake Placid, grew up racing down nearby Whiteface Mountain, and whose parents own Mirror Lake Inn.

Tokyo will host the summer 2020 Olympic Games, and there, hotels will create new stories. Tokyo is not cheap, but it is best enjoyed high above where you can watch the city sparkle at night and the sun rise over Mount Fuji every morning. I spent three nights at the Tokyo Park Hyatt, where I swam across a pristine indoor pool under the gaze of that Buddha of a mountain, and where we had such an amazing time that when we were handed the bill, we didn’t even blink because we knew we would take the bliss that we felt at that hotel to the grave. I’m not joking. I was blissed out at that place. I *get* what the fifth star in a five-star hotel stands for. Yes, this may have been where Lost in Translation was filmed, but that’s not why I picked this hotel. I chose it for the pool and view of Fuji; just remembering how it felt to step out of that pool and see the snow on Fuji turn pink under the morning sun is the best mental image for meditation class, ever. Next time I grip the armrest during airplane turbulence, that image will be my happy place.

In my rambling way (still sipping morning coffee), what I’m trying to say is the hotel is a way to experience a destination. A Best Western in downtown Tokyo with no view at all would not have given me the same memories of Japan. I’m not saying spend stupidly, but if you can swing it, do a bit more research on your lodging options to find a place that has a sense of place. Spend meaningfully. I knew when I was twenty years old and just starting to travel on my own that I would rather lose coin going, doing, and being than losing it on low-grade goods made in China. Looking back on that, I’m going to pat myself on the back for being wise beyond my years even though I was still too young to legally drink alcohol and properly toast my maturity.

Sometimes I wonder if perhaps we’ve given the false impression to friends and neighbors that we’re well-off because we cocoon in a spectacular, lakefront inn facing the Adirondacks or we overcome our jetlag at a five-star hotel in downtown Tokyo, but we’re also not spending our weekends dropping a few hundred dollars at the mall or Target or Home Depot. I don’t shop, which, let me tell you, is an extremely popular pastime in the Garden State where there is no sales tax on clothing. Where I live, shopping is a competitive event and the school parking lot is typically buzzing with conversations on who bought what where. Our house is pretty bare and spare compared with the cycles of stuff I see elsewhere. Yet I’m sitting here typing, looking around our lack of possessions (which in a non-shopaholic nation would appear utterly normal; we’re not monks, we’re just not the typical American consumer), remembering hotels in Tokyo, the Adirondacks, California, and all the other places where I briefly hung my hat, and I feel completely, totally content right now. Everyone talks about happiness. This morning, sharing some of my favorite hotels with you, knowing I have to pay the credit card bill charges from Mirror Lake Inn, I feel it. I feel very, very happy.