Our museum weekend in Philadelphia last December was so much fun that we decided to do it again. The occasion? My 35th birthday. And what better way to celebrate midlife creeping up on you than to view paintings of a unibrowed bisexual Communist hugging monkeys and parrots? No, seriously…do you know of something better? 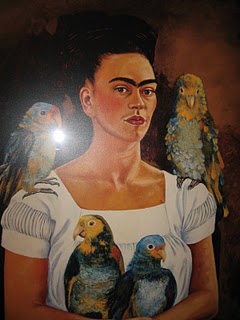 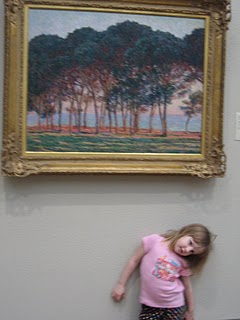 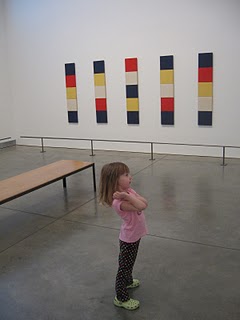 What I like about Frida’s work is its honesty. I never viewed her self portraits as narcissistic. Instead, I saw them as brave and pregnant with contradiction. Vibrant colors depicting immense sorrow. Loss and life. Anna liked the monkeys and parrots, and then took in some 19th century Impressionism followed by some mid-20th century Modernism. She appreciated the Impressionists’ embrace of Nature and their rejection of the Industrial Revolution, but she found the Modernists’ sense of understatement pretentious. I mean, c’mon…blocks of red, blue, and yellow? “That’s soooo preschool,” Anna said to me, and I had to agree. My kid made that picture like a year ago.

The Philadelphia Art Museum wasn’t the only museum we visited last weekend. We also went to the Franklin Institute, which featured a Star Wars exhibit. Long lines of pasty middle-aged, pot-bellied, white guys with their little kids who looked like they never saw sunlight snaked throughout the museum. We joined them. And I’m glad we did. Ever since I was eight years old, I had always wanted to canoodle with a Storm Trooper. Not sure who was in the suit in this shot, but does it matter? And Mike got to hold a big gun, so it was like it was his birthday too. 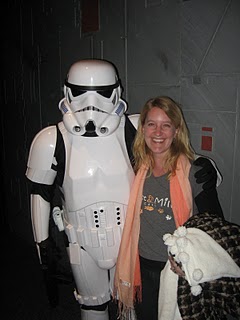 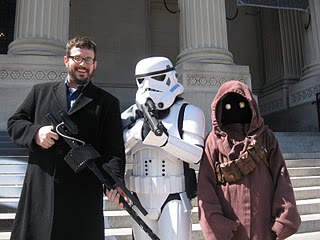