Last New Year’s Eve, Mike and I didn’t clink champagne glasses and say “let’s spend too much money on travel in 2013.” But we might as well have. Taking a family from New York to Japan would throw off anyone’s finances, but add the debut of a book and related conferences to promote said book, a travel blogger conference in Toronto, the end of our 10-year-old Honda Accord (and purchase of a newish car to replace that Accord), two weeks in California, two trips to Montreal in the same year, and a Christmas in another time zone, and, well, the math speaks for itself.

Yet, I feel extraordinarily lucky, and look back at 2013 with a huge smile on my face. I started running 5ks and am running one in Papago Park tomorrow morning. I began a novel. I swam outdoors in Montreal while snow fell over the city. I celebrated my 40th birthday in Japan and walked through blowing pink cherry blossoms along Kyoto’s Philosophers Walk, an image I will take to the grave. I returned to California for another summer respite from East Coast angst. I returned to Toronto after an 18-year hiatus. And last week, I attended the Christmas Eve Mass and bonfires in Taos, New Mexico, which made me choke up because it was one of the most beautiful, heartfelt events I had ever attended. I am ringing in the new year in Phoenix with a friend who has been my friend since we met at an airport 20 years ago. The bank account is low, but the heart is full. 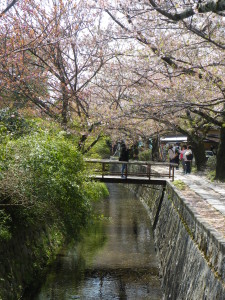 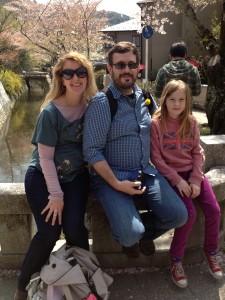 It would be fun to repeat such extraordinary trips in 2014, but we’re not rich, so this coming year will be the year of this alleged travel diet I keep talking about, yet no one seems convinced, not even me (though I am going to try very, very hard to not book trips). We’ll focus more on microadventures around New York City, and do a mix of returning to favorite places like the Catskills, with one new locale thrown in to keep us on our toes (because we get bored quickly); I’m attending the Iceland Writers Retreat in April, and am bringing my posse along so we can all experience Reykjavik, its sheep and all of Iceland’s volcano- and glacier-carved landscape splendor together. Iceland will be the only jaunt requiring a passport in 2014; the rest of the time we’ll be hovering near the homestead. For 2015, I already have my eye on Italy, Costa Rica and swimming with wild pigs in the Bahamas. So yeah, my 2014 travel resolution to travel less will be a challenge, but have faith. I’m willing to stick to the plan just out of spite! 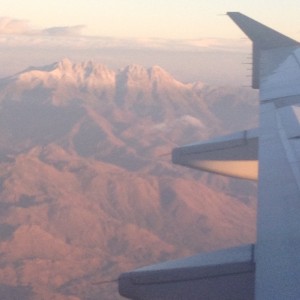